As the headlines in Europe read “Dede Snubs Chelsea/Milan/Man United/Liverpool” (delete as appropriate depending on the locality of the reporter), the Brazilian press are revelling in a big money move within their own league rather than away from it.

As is commonplace in Brazil and South America the deal wasn’t straightforward, and the contract negotiations involved a collection of third parties and the settling of old debts before Vasco da Gama could finally announce that a deal had been done with Cruzeiro.

Vasco have been struggling financially of late so it was always on the cards that Dede, their prize asset, would move away from the club. Many naturally thought that this move would be to Europe, but to the delight of fans of the Brazilian league, and especially those of Cruzeiro, Dede chose to stay in Brazil.

The centre back has hopes of making the Selecao squad in the near future, and whilst he’s a shoo-in for the current squads containing only players at Brazilian clubs, he has stiff competition from the high profile European based players such as Dante, Thiago Silva, and David Luiz.

A successful move to a high profile European side may have catapulted him straight into the Brazil squad alongside Thiago Silva or David Luiz, but if he’d moved abroad and been stuck on the bench he could wave goodbye to his hopes of making the 2014 World Cup squad.

The move to Cruzeiro guarantees first team football, and Dede will still be a big fish in a pond which is continually growing in size, as Cruzeiro have also added experienced campaigners Diego Souza and Dagoberto to their squad this year.

A solid campaign in the Brasileirao could see Dede called up for the Brazil squad more regularly by the end of the year, but until then he will be concentrating on recovering the form which made him such an asset for Vasco in the first place.

More details will be announced on Friday, when Dede will be unveiled as a Cruzeiro player, but until then you can follow @cruzeiroenglish and @Chris_Elastico for updates on Cruzeiro and Brazilian football in general, or visit the Brazilian football community on Google Plus. 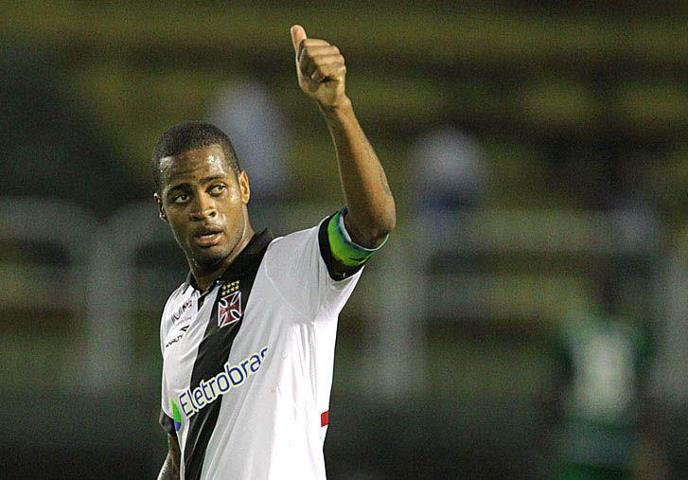