A limp Botafogo performance was rescued by a dramatic last minute strike from Elias, as his side snatched a 2-1 victory against Criciúma at the Estádio Heriberto Hülse. (SCROLL FOR VIDEO) 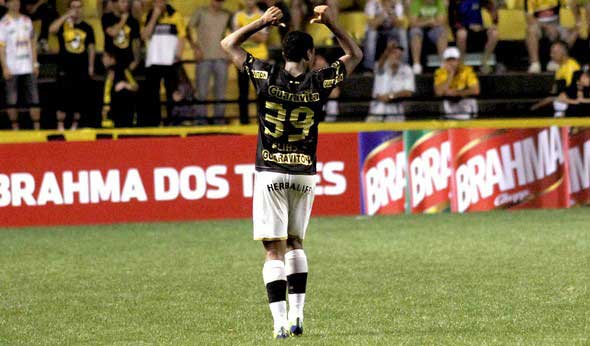 Just days after the celebration of what would have been Leônidas da Silva’s 100th birthday, Elias executed a strike worthy of a tribute to the king of the bicycle kick.

Botafogo had spent much of the game struggling to break through a stubborn Criciúma defence, after the home side took the lead early on through Lins who latched onto a brilliant pass from Morais.

The Rio side looked short of creativity without the suspended Clarence Seedorf, and Nicolas Lodeiro who was away on international duty. Octávio, who scored the first goal for Botafogo, produced some bright moments, as did Rafael Marques who assisted the first goal for the youngster. But the rest of the team, including Elias, were fairly sloppy and unproductive for much of the game.

Many fans were critical of Elias’ performance up until the goal, as he failed to hold the ball up for his team, and found it difficult to beat his marker going forward. However, as is often the case, the player singled out for criticism can silence them with one swipe of his boot. And Elias did just that, in spectacular fashion as you can see from the video below!

Edilson swings a cross in from the left, and Elias acrobatically performs the bicycle kick, producing an unstoppable shot which bullets into the Criciúma goal.