Brazil began their 2013 U-17s World Cup campaign with a convincing 6-1 win over Slovakia in group A, as Atlético Paranaense wonderkid Mosquito scored an impressive hat-trick. 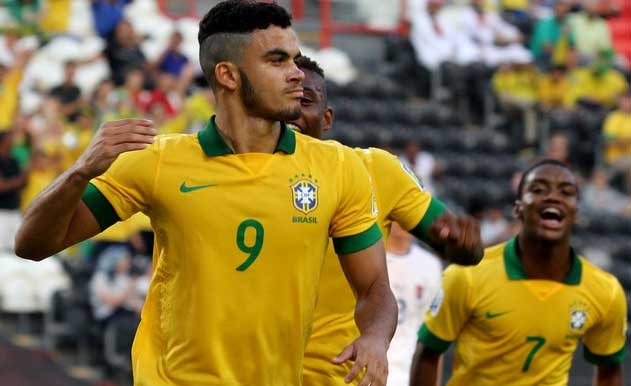 He was joined on the score-sheet by the imaginatively named Nathan, who scored two goals and also plays for Atlético PR, and Flamengo forward Caio Rangel.

Mosquito, whose full name is Thiago Rodrigues da Silva, has been a mainstay of Brazil’s youth sides from a young age, and possesses a busy quickness in attacking areas which may have led to his nickname.

Mosquito is tipped for great things in the future, but his precocious talent has led to squabbles over ownership. Atlético signed him from Vasco da Gama which caused friction between the two clubs, and resulted in the player being banned from some under 17 games at club level.

He was named the best player in the 2011 South America under 15 Championship, as well as finishing the same competition as top scorer with 11 goals. He’s well on the way to repeating the feat at this year’s U-17 World Cup and, this being Brazil, expectations will be high for the rest of the tournament.