Brazil Under 17s continued their dominance of group A, as they secured a convincing 3-0 victory over Honduras in their final group game in the FIFA U17 World Cup. 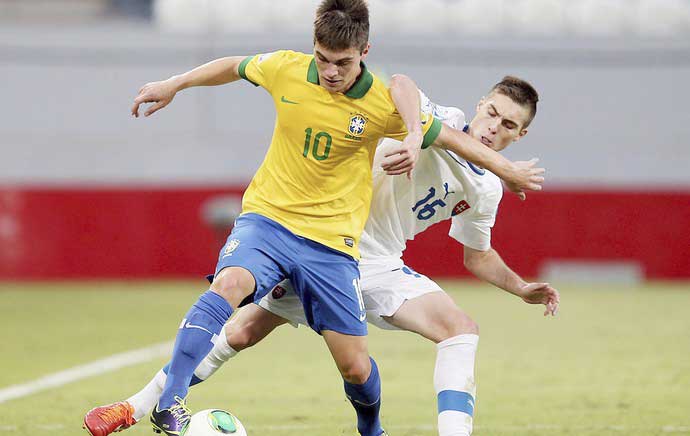 Two goals from Boschilia in the first half gave Brazil a much deserved lead going in at half time, but the score-line could have been much worse for Honduras as the Brazilians boasted a possession statistic of 79%, and had several chances to add to their tally.

Boschilia’s first goal was an impressive free kick after just 14 minutes, with his second coming just before the break after great work from Nathan down the left.

Nathan was one of the stars of the game yet again as he assisted two of his team’s goals, including a brilliant lofted long ball through to Ciao for the third on 64 minutes. Ciao, who plays his club football for Flamengo, controlled the pass to the right of the goal and finished well from a tight angle.

Brazil’s dominance of the game was reflected by the fact that Honduras’ first shot on goal didn’t come until the last minute of stoppage time, and the 75% possession they had in the game.

Kenedy of Fluminense came on in the second half and looked bright, if a little wasteful with the two efforts he had cutting inside from the right onto his left foot.

Brazil will go into the knock-out stages of the competition, where tougher tests will await once they get to the quarter-final stage.