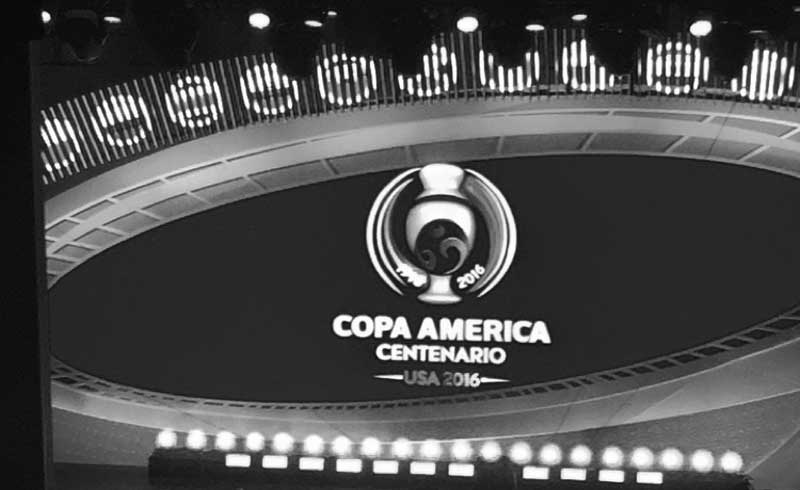 On Sunday night, all of the Americas footballing elite gathered in New York City to discover their fate for this summer’s special Copa America Centenario in the draw ceremony, held at New York’s historic Hammerstein Ballroom.

Though the group seeds were already set coming into the night, there was still plenty of intrigue, with not just group competition at stake, but also the hassle of flying across a country as vast as the United States.

With the draw ceremony now complete, let’s take a look at some of the winners and losers from Sunday night:

While the national team struggled in Chile last summer, bailing out in the quarterfinals, they have been handed a very beneficial draw this time around.

Finally, Brazil avoided Paraguay, the most talented side in Pot 4, and also the side that knocked them out last summer in Chile. While there is still doubt as to whether Neymar will play Copa America, Brazil have been given an easy group, meaning their path to the quarterfinals should be quite clear.

Coming into the night, the hosts were hoping that an easy draw would not only give them a good chance of making the quarterfinals, but also avoiding a potential quarterfinal matchup with Brazil.

Instead, the USA was drawn into what is clearly the hardest group in this competition. Colombia are one of the favourites for the title, and Costa Rica and Paraguay were both the highest ranked teams in their group. With the pressure mounting on US coach Jürgen Klinsmann, he was handed no favours in the draw for his side this summer.

While Uruguay are certainly happy with the composition of their group where they are the clear favourites in Group C, which also contains Mexico, Jamaica, and Venezuela, they have to be disappointed by the travel that awaits them this June.

Uruguay will be forced to travel from Glendale, in the southwest of the United States to Philadelphia, on the east coast, before moving back west to finish their group matches in Santa Clara.

All told, Uruguay will travel 7,391 kilometres (4,593 miles) in the group stage. The only other side to travel over 6,000 km is Paraguay, who will travel 7,365 kilometres (4,577 miles) in Group A. With this tournament coming after what could be a gruelling club season for most players involved, the lesser the travel the better.

On the other hand, both Panama and Colombia will have the two fewest amounts of travel in the group stages. While Panama should struggle to get out of Group D, where Chile and Argentina are clearly the favourites, Colombia should benefit from the reduced travel, particularly if they are to make a long run in the competition.

With less travel, Colombia should have fresher legs down the stretch of the competition, which could make a difference under the hot June sun.

Part of the fun for Americans in this competition is seeing teams that don’t often come to the United States play. With games taking place around the entire United States, just about every city that hosts matches will have a game or two that brings two star-studded sides to town.

That however, isn’t the case for Orlando. While the city’s first match, between Paraguay and Costa Rica, should be competitive, neither side contains a game-changing type player that football fans everywhere want to see. That match is followed by a Panama-Bolivia match that features two sides with very little chance to escape a group that contains Argentina and Chile. Orlando’s third, and final match, is Brazil-Haiti, which is probably the most lopsided match on paper in the group stage.

While going to any of these matches is going to be a blast, if you can only go to one city for this tournament, you probably shouldn’t pick Orlando.