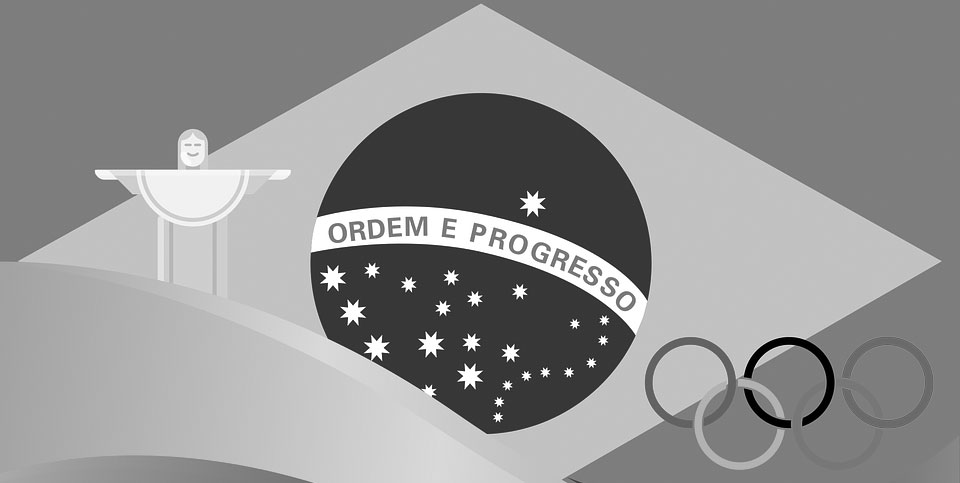 Brazil kick off their Olympic campaign on Thursday, against South Africa in Brasília. Under the stewardship of Rogerio Michale, this U-23 side (with Renato Augusto, Fernando Prass and Neymar thrown in for good measure) offers the first clean break from the turgid Dunga era.

Rogerio has all but confirmed that his team will adopt an attacking approach in accordance with the distribution of talent available to him. This Brazil side is likely to be fun to watch, at least, with four talented attackers and a high pressing style promised.

We could see something closer to a ‘classic’ Seleção feel. But which players in particular could become household names in Europe over the next six months?

Linked with Barcelona, Arsenal and Liverpool, Douglas is arguably the finest left-back in the Brasileirão.

The 22 year old has already had a taster of life in Europe with underwhelming spells at Granada in Spain and Udinese in Italy, before he joined Galo in August 2014. Douglas is a left-back in the typical, rangy lateral style so closely associated with Brazil.

Santos would suit a high pressing, possession based team. Whilst he is no slouch in defence, he offers great recovery pace. His is a high risk / high reward style defender.

He likes to snap at his opponent’s heels and burgle them of possession before they have the chance to engage him in a one-on-one duel. He currently averages 2.3 interceptions per game, according to Opta.

He forces turnovers high up the field, before inching forwards into the opponent’s half. He likes to combine with his left winger, progressing down the line with 1-2s and transitions, rather than looking to beat players with skill or pace.

He has an 82% pass completion average and clocks in 1.3 key passes per game. He is an incisive passer and also swings in a sweet delivery with his left foot.

As a consequence of his high pressing style, he is also a fairly prolific fouler, averaging 1.9 offences per match. This may, clandestinely, be seen as worthwhile collateral damage for many managers.

In the event that he misjudges an interception, he is not averse to breaking up the play with a tug on the shirt to halt counter attacks. Because he commits the foul early and high up the pitch, he is rarely booked for his indiscretions, picking up a single caution in his 14 appearances so far this season.

It is likely that Atlético will cash in on their left-back soon enough. Striker Lucas Pratto did not move to China as expected, with the Chinese transfer window now closed.

Galo needs to recoup some cash and Douglas Santos has serious interest from Valencia. The club moved to procure left-back Fábio Santos from Cruz Azul in June, in anticipation of Douglas’ departure.

A good Olympics campaign would return a pleasing resolution for all concerned.

Luan has proved to be something of a late bloomer in an exciting Grêmio side. He came to prominence during the 2014 Campeonato Gaúcho at the age of 21.

Luan can occupy either one of the wide positions in a 4-3-3 or 4-2-3-1, he can play as a number 10 or operate as a false 9. With Gabigol, Gabriel Jesús and Neymar in the squad, there is plenty of competition for a starting spot in the Seleção’s coruscating front 3.

It is likely that there will be a lot of swapping of positions between that attacking triumvirate; which will suit Luan down to the ground.

He is used to doing as much at Grêmio, where he alternates with fellow playmakers Douglas and Giuliano.

Luan is renowned for his clever movement, where he drifts into pockets of space from a false 9 role to create angles for teammates. His intelligence with space and eye for a pass also make him an attractive option playing behind a central striker.

Linked heavily with Leicester City recently, one could imagine him playing off of Jamie Vardy as a slightly more subtle alternative to Shinji Okazaki.

At 23, Luan is probably mature enough to make the move to Europe.

Whilst probably not the traditional style of number 9 that so many clubs covet on the old continent, Luan knows where the net is and he knows how to help his teammates find it too.

Already heavily linked with Juventus this summer, Gabriel Barbosa has long been tipped for a top level career in European football.

Making his debut just a month before fellow Santos academy product Neymar left for Barcelona, the 19 year old forward is often unfairly compared to the Brazil captain in the European press as a result.

Gabigol plays in a free role on the right hand side of Santos’ attack. Veteran striker Ricardo Oliveira is a traditional target man and Gabriel often uses him as a sounding board, but his eye for a pass means he is an effective supply line to the 36 year old striker too.

Gabigol is perhaps at his most effective playing on the shoulder of opposition defenders. At Santos, he benefits from Lucas Lima’s slide rule passes in behind the full-back. Gabriel sees himself as a centre forward eventually, but has to improve physically before he can make that transition effectively.

With Luan, Neymar and Gabriel Jesús as interchangeable attacking partners in this side, Gabriel Barbosa will retain some of that freedom he enjoys in Santos white.

He is probably ready for a move to Europe, preferably to a team where he can continue his progression with regular football. He is probably not suited to the pace of the Premier League, but would suit more technical leagues like Serie A or La Liga.

A ‘bridge’ move to a club like Napoli, Villarreal, Sevilla or someone of similar profile seems like his best bet at this stage of his development.

Though another 6-12 months at his boyhood club at Santos would not significantly stunt his progression, not least because his current team is built to extract the best from this stocky, left footed attacker.

The name splashed liberally across many a transfer story this summer. Gabriel Jesús looks set to join Manchester City after the Olympics, whereupon he will probably be immediately loaned back to Palmeiras.

Jesús broke into Palmeiras’ first team about a year ago as a left sided attacker, where his penchant for tricks and flicks yielded comparisons to the likes of Robinho and Ronaldinho Gaúcho.

However, earlier this year, Palmeiras coach Cuca decided to move him into a centre forward role. It’s proved to be a sagacious move, as the Verdão lead the Brasileirão standings at the time of writing, with Gabriel the leading scorer in the championship.

He has adapted to the number 9 role incredibly quickly, scoring a variety of classic striker’s goals. His movement behind defenders is incredibly perceptive for his age and he can finish by any means necessary.

The dearth of number 9s in Europe has therefore made Gabriel Jesús valuable currency amongst Europe’s elite. A move to City looks most likely.

Jesús will certainly see out the league season in Brazil, which finishes in December. Palmeiras are very likely to qualify for next year’s Copa Libertadores and City may take a view to let him compete in that too, before joining the club in earnest next summer, when the 2017 Libertadores concludes.

Gabriel’s rapid ascent is a direct consequence of regular playing time and he ought to be wary of making any move that compromises this. He still has some way to develop and loan spells to European backwaters or a peripheral role in a star studded City squad are unlikely to aid his progression.

That said, training alongside a player like Sergio Aguero will be of great use. Jesús is developing into a similar type of striker. With regular playing time and carefully overseen development, he has the potential to reach similar heights to the Argentine.