James is based in Belo Horizonte, Brazil, and writes about Brazilian football for The Independent, Rolling Stone, The Blizzard, ESPN, World Soccer, and others. His book, A Beer Before Lunch: Stories From Brazilian Bars / Dispatches From Recife 2008-2011 is out now! 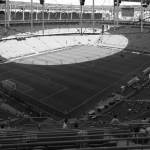 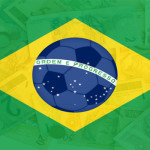 Last Friday, caps in hands, the chairmen of 12 of Brazil’s biggest football clubs travelled to the national capital Brasilia to meet with president Dilma Rousseff. The reason for the trip was to discuss the proposed Law of Sporting Financial Responsibility, which aims to restructure teams’ massive public debts over a 25 year period, while not unreasonably requiring them to comply with their financial obligations, such as paying players’ wages on time. In the murky […]