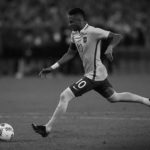 Since 2008 the highest individual accolade a soccer player can receive, the Ballon d’Or, has been won either by Lionel Messi or Cristiano Ronaldo. Now there is a new contender challenging for the title and according to Brazilian legend Cafu, Neymar is set to become the best player in the world. Cafu spoke with The Silver Times about Neymar’s talent in an interview stating, “this is a genuine phenomenon, this is one of the best […]