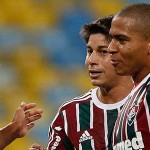 If it wasn’t for the fact that either Flamengo or Portuguesa fielded ineligible players in final round of last season, then Rio giants Fluminense would be playing in the second tier of Brazilian football this year. At the end of last December, Brazil’s Superior Court of Sporting Justice ruled by unanimous vote that both Flamengo and Portuguesa were to be docked four points as punishment, which resulted in the latter falling into the relegation positions, […]