If it wasn’t for the fact that either Flamengo or Portuguesa fielded ineligible players in final round of last season, then Rio giants Fluminense would be playing in the second tier of Brazilian football this year.

At the end of last December, Brazil’s Superior Court of Sporting Justice ruled by unanimous vote that both Flamengo and Portuguesa were to be docked four points as punishment, which resulted in the latter falling into the relegation positions, and Flu being the side who leaped up into safety. The whole episode has led to Fluminense receiving criticism from sections of the Brazilian press over the past few months and it’s likely that more will come their way from rival fans when they play away from home this season.

Following a turbulent 2013, this year has so far been no different at Fluminense. The Tricolor have already hired and fired Renato Gaucho as coach following a semi-final exit in the Rio state championship and it was a decision that did not please the president of the club’s main sponsor Celso Barros, who’s company have invested heavily in both the playing and coaching staff for over a decade.

Nevertheless, Cristovao Borges is the man who will lead the four-time Brazilian champions into the 2014 Brasileirao season. The former Vasco and Bahia coach got off to a perfect start in his first game in charge with Flu running out 5-0 winners over Horizonte to progress in to the second round of the Copa do Brasil. However despite the impressive result, Borges has already seen enough to call on the club to invest in the squad with the defense being the main area that he hopes to strengthen.

Fluminense managed to secure two major signings in January with fans favourite Dario Conca rejoining and the highly talented Walter, who shone at Goias last season, having also signed. Any more new recruits who may walk through the doors of Laranjeiras, though, are unlikely to come in with high price tags as the club’s main sponsor Unimed-Rio have already insisted they are only willing to invest in the squad if high earners are sold.

Borges could look to Fluminense’s youth academy to bulk up his squad with a handful of the juniors tipped for stardom following impressive campaigns on both home and foreign soil. The likes of Kenedy, Robert, Biro Biro, Rafinha and Denilson managed to get a taste of first team football last season and the five youngsters will be looking to consolidate their places in the squad this season.

Another player who will be looking to impress is Michael. Brazil striker Fred recently claimed that the 20-year-old forward is already capable of playing regularly in the top flight of Brazilian football following his impressive display in Flu’s 3-0 win over arch-rivals Flamengo in February. Michael, though, faces stiff competition to partner club captain Fred up front with both Walter and Rafael Sobis vying to get the nod from Cristovao Borges. The selection of strikers Borges has to choose from is without doubt one of the best in Brazil. 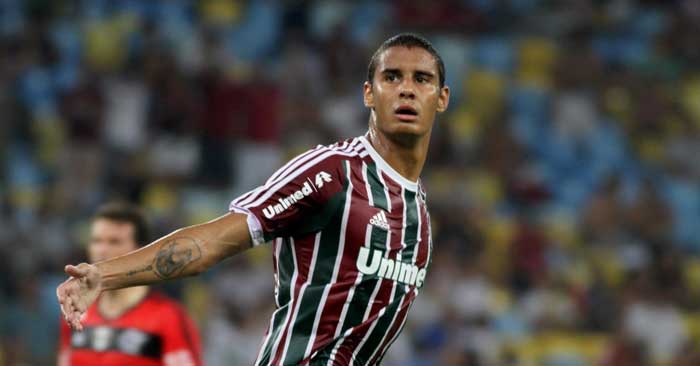 Whoever leads the line for Fluminense will be relying on the likes of Conca and Wagner to create goalscoring opportunities. The two playmakers were rarely given the chance to play alongside eachother in the Rio state championship as Renato Gaucho often preferred to play three defensive midfielders.

Renato’s defensive style seemed to have been an attempt to sure up Fluminense’s shakey defense. The lapses in concentration from the back four last season occurred far too often. Leandro Euzebio received most of the blame from the club’s supporters and the 32-year-old is now expected to leave the Carioca club in the coming weeks after losing his place in the team this year to 21-year-old Elivélton.

The lack of defensive options Fluminense currently have is a huge concern for the club’s supporters. If Euzebio does head for the exit door in the coming weeks then Gum will be the only centre-back at the club with any Serie A experience.

To say which end of the table Fluminense will be competing in this season will depend on whether they can keep their key players fit and also if they can strengthen their defence. Anyone who watches Brazilian football will argue that it is almost impossible to predict. In the last five years Fluminense have won two Serie A titles and have been involved in two relegation scraps. Both Fred and left-back Carlinhos play pivotal roles in the side and their absences clearly had a detrimental effect on the team’s performances last season. But with the additions of Conca and Walter, as well a few defensive players who might join in the coming weeks, Flu should have a squad strong enough to challenge for a top-four finish.