A solitary goal from right back Lucas was enough to give Botafogo the win it what was a scrappy game at the Engenhao, but it was Clarence Seedorf who was the centre of attention as the Brazilian media focused on his commanding performance in the Botafogo midfield.

Seedorf lead by example and also had some part in the goal, as it was his back heel to Julio Cesar whose cross to Bolivar in the area allowed the centre back to coolly lay the ball back to the onrushing right back Lucas, who blasted the ball in from just inside the area. It seemed like the Brazilian media were determined to give Seedorf an assist for this goal, but the reality is that it was a good team move involving several Botafogo players, and the credit should go to Bolivar’s lay off and the superb finish from Lucas.

Lucas has enjoyed an impressive start to the 2013 campaign and has been the stand-out player in Botafogo’s state championship games so far. The 24 year old will look to continue this form into the second part of the state championship – the Taca Rio – and then into the Brazilian league season proper. Even though an international call may be unlikely, he could attract interest from European sides if he continues to impress, f course Botafogo will hope that he continues to play well, and keep playing well in their black and white shirt.


Another player who impressed in this game was the 19 year old forward Vitinho, who played most of the second half after coming on for Marcelo Mattos. His pace and directness cause problems for the Vasco defence on numerous occasions, and the young Brazilian will only improve with playing time which he should get in the Taca Rio.

If Botafogo win the Taca Rio they’ll be crowned overall champions of the Rio State, otherwise they’ll play a deciding game against whichever team wins the Taca Rio, to determine who takes the title. 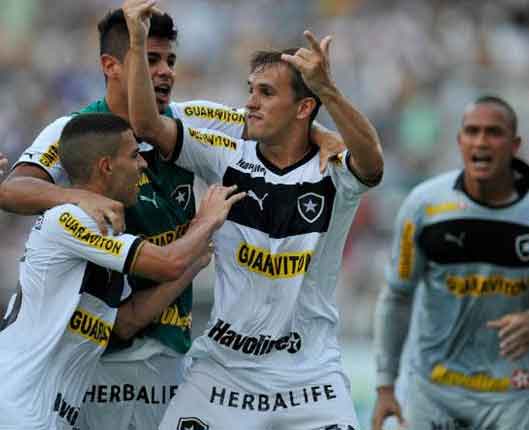