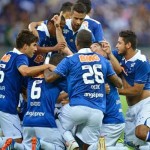 Cruzeiro were crowned champions of the 2013 Brasileirão tonight, as their nearest rivals Atlético Paranaense suffered defeat at the hands of Criciúma. This makes the result of their game away at Vitória irrelevant, but they are currently 1-0 up at the time of writing thanks to a goal from Willian. This is the third time they have won the title, with previous wins coming in 1966, and ten years ago in 2003. Cruzeiro stormed to the […] 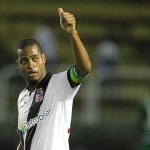 As the headlines in Europe read “Dede Snubs Chelsea/Milan/Man United/Liverpool” (delete as appropriate depending on the locality of the reporter), the Brazilian press are revelling in a big money move within their own league rather than away from it. As is commonplace in Brazil and South America the deal wasn’t straightforward, and the contract negotiations involved a collection of third parties and the settling of old debts before Vasco da Gama could finally announce that […]