Cruzeiro were crowned champions of the 2013 Brasileirão tonight, as their nearest rivals Atlético Paranaense suffered defeat at the hands of Criciúma.

This makes the result of their game away at Vitória irrelevant, but they are currently 1-0 up at the time of writing thanks to a goal from Willian. This is the third time they have won the title, with previous wins coming in 1966, and ten years ago in 2003. 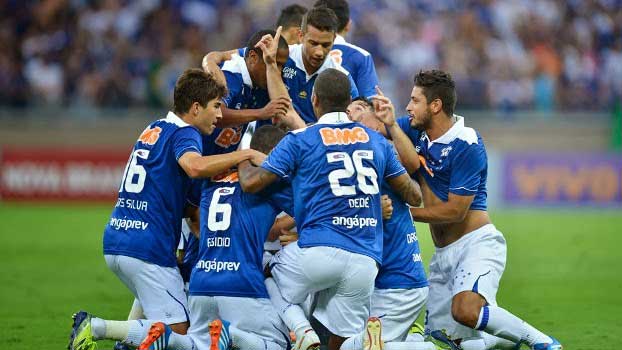 Cruzeiro stormed to the top of the league after early pace-setters Botafogo suffered a mid-season collapse. The sale of Vitinho, a stale tactical outlook, and the fading of Clarence Seedorf, all contributed to the Rio clubs decline, and they’re currently struggling to keep their place in the top four. Goiás look set to jump into fourth spot after their win over Ponte Preta, whilst Botafogo could only draw with Portuguesa in the Maracanã.

Cruzeiro, meanwhile, had no problem maintaining their status at the top of the pile, as they used their squad efficiently and saw key players come into form just at the right time. Dedé and Everton Ribeiro might be the stand-out names in the end of season lists, but the key to their success has been the depth of their squad. The players who’ve come into the side have been solid and reliable when called upon, and the fact that there is no obvious star player illustrates what type of effort has been involved from every team member.

There are four games left in this season’s Brazilian Série A, and even though we already know the champions, there is still plenty left to play for at the bottom end of the table, and also in terms of continental qualification. There’s still the possibility that last season’s champions Fluminense could go down to Série B, with Vasco da Gama also hovering around the relegation zone.