Rio de Janeiro side Flamengo tasted Brazilian Cup glory last night, as they defeated Atlético Paranaense by two goals to nil in the Maracanã. The home victory gave them a 3-1 aggregate win in the two-legged final, after a 1-1 draw was played out in Atlético PR’s Curitiba home just over a week ago. 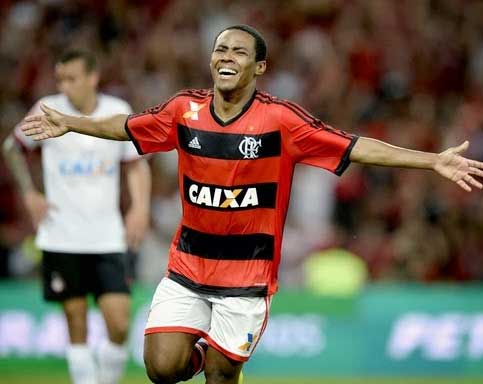 The defeat ended a fairy-tale cup run for Atlético PR, which has coincided with some excellent form in the Brazilian league. They still find themselves in with a great chance of qualifying for next seasons Copa Libertadores with two games to go, but their second place position in the league could slip away if they fail to win their remaining games. Still, it’s not been a bad campaign for the club who finished 3rd in Série B last season.

Flamengo meanwhile, will take their place in South America’s premier continental competition as Brazil’s cup winners, despite a mediocre league season which sees them likely to finish slap-bang in the middle of the table.

The game was decided in the last ten minutes, as goals from Elias and Hernane turned a packed Maracanã red, as tens of thousands of Flamenguistas celebrated the win.