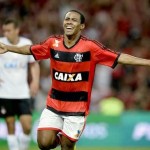 Rio de Janeiro side Flamengo tasted Brazilian Cup glory last night, as they defeated Atlético Paranaense by two goals to nil in the Maracanã. The home victory gave them a 3-1 aggregate win in the two-legged final, after a 1-1 draw was played out in Atlético PR’s Curitiba home just over a week ago. The defeat ended a fairy-tale cup run for Atlético PR, which has coincided with some excellent form in the Brazilian league. They […]