The CBF have announced the 2013 Brazilian Série A team of the season, as well as the awards for Craque do Campeonato (best player / MVP), Revelação (newcomer / revelation / breakthrough), and manager of the season. The best XI includes four players from champions Cruzeiro, as well as three from the surprise package of the 2013 season, Atlético Paranaense. 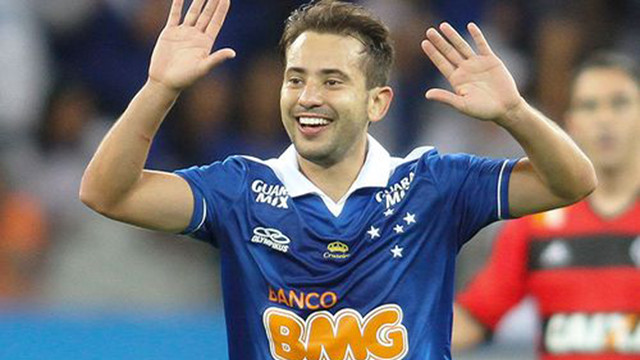 Éverton Ribeiro was named player of the season, as Cruzeiro and Atlético Paranaense dominated this year’s end of season awards in Brazil.

2013 Brasileiro Série A Team of the Season 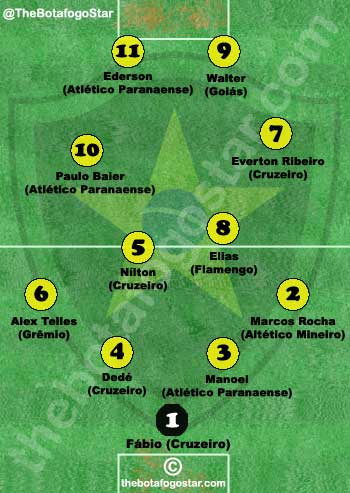 The player of the season award went to Éverton Ribeiro of champions Cruzeiro. The 24-year-old attacking midfielder/winger has since been linked with moves to Europe, with Manchester United and Liverpool said to be interested. He scored 7 goals and made a total of 11 assists this season.

Marcelo Oliveira was predictably, and rightly, named as manager of the season, as another award went to Cruzeiro.

Young forward Marcelo Cirinio picked up the award for breakthrough player thanks to his performances for Atlético Paranaense, for whom he scored 5 goals and helped out with 6 assists.