Botafogo stars Jefferson and Doria have been called up to the Brazil national team squad which will face Bolivia on the 6th of April in Santa Cruz.

Both players will be hoping to make the best of their appearance in the national squad for different reasons. At the age of 18, Doria will hope to make his debut for the senior national side, having only represented Brazil at U20 level previously. The 30 year old Jefferson will be aiming to impress if he’s given a chance between the posts, and will be hoping to replicate his impressive club form to persuade the selectors that he can solve Brazil’s goalkeeping problem. He already has caps for Brazil but never on a regular basis as the number one choice. 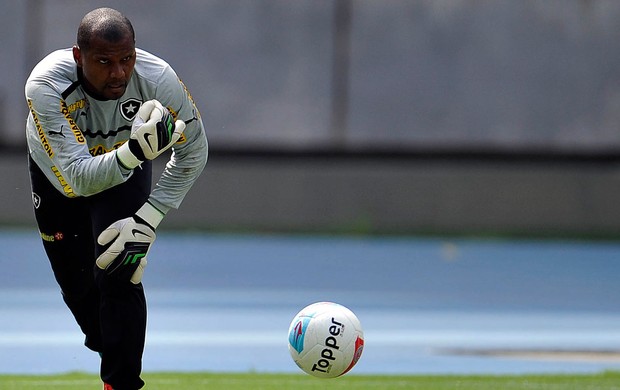 This Brazil squad has been picked solely from players based in Brazil, which is one of the reasons the Botafogo pair are getting their chance. The centre back positions in particular are usually dominated by European based players, and the number one choice in goal in recent games has been Julio Cesar, who also plays in Europe for London based Premier League relegation battlers, Queens Park Rangers.

The game will be played in Santa Cruz which will be a relief to the Brazil side, as Bolivia’s usual choice of venue in La Paz is high in the Altiplano region of the Andes where the air is thin, and is a venue often used by Bolivia to disadvantage their opponents. But seeing as this is a lucrative friendly they probably let Brazil off this time.
Full Brazil squad to face Bolivia: