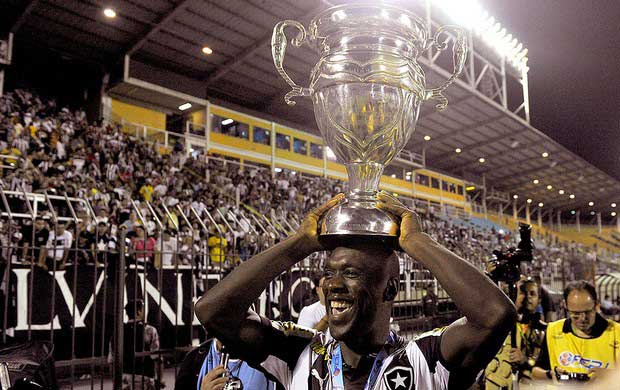 Football legend Clarence Seedorf has officially retired from playing football, after accepting an offer to manage AC Milan. He announced the news at a press conference held in Botafogo’s Engenhão.

“I’m here to announce that I will stop playing football after 22 years.” said the 37-year-old.

“This experience [at Botafogo] for one and a half years made ​​me grow up a lot and will help me in my next step, which will be as Milan coach.”

Seedorf also commentated that he was glad to have left Botafogo with some success, having won the Carioca State Championship, and also having helped the Rio club secure qualification for the Copa Libertadores by finishing fourth in the league.

Seedorf will return to manage the Milan club where he achieved legendary status as a player, winning two European Cups and two league titles amongst several other trophies during his time there. The Dutchman was the sort of character who achieved some kind of legendary status at most of the clubs he played for, and he certainly made a big impact on the Botafogo team during his time in Rio.

He joined Botafogo in June 2012, and was immediately revered by everyone involved with Botafogo, especially the fans and younger players at the club. All the official blurb out of the club contained his image, and his was the name on everyone’s lips.

Even after such an optimistic fanfare, there were still questions as to whether Seedorf would fit into the Botafogo side, and Brazilian football in general. Seedorf answered this with help from the then Botafogo manager Oswaldo de Oliveira, who found the perfect roles for Botafogo’s new number 10, both on and off the pitch.

On the pitch he was given something of a roaming role behind the striker, often playing out wide in a position where he famously replicated a Garrincha style dribble, or down the centre where he could unleash his fierce shot or lay off the ball to one of his quicker team-mates on the flanks.


His link up with young attacking midfielder Vitinho brought success to Botafogo during the first half of 2013, contributing to their Carioca triumph, and their excellent start to the 2013 Brasileirão. Vitinho’s performances alongside Seedorf earnt him a move to CSKA Moscow, but the young Brazilian might have been better served learning from the Dutch master for a little while longer.

Off the pitch, Seedorf was studying for his UEFA coaching badges in Rio de Janeiro, but he brought this desire to coach with him to training every day. He was often seen coaching Botafogo’s younger players during training sessions, and as he himself was learning from Oliveira, Botafogo’s players were leaning from him. 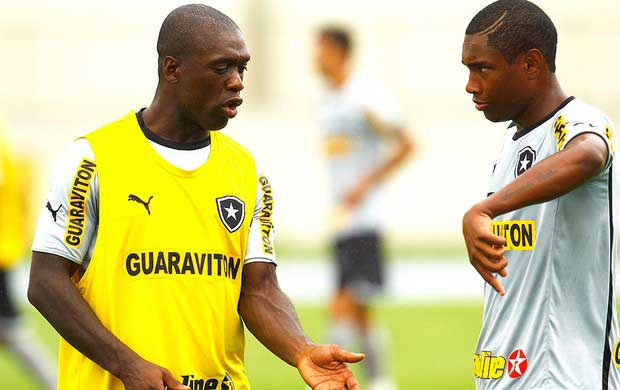 He also brought a sense of calm and stability on the pitch. The Brazilian league can often be chaotic, but Seedorf tried to instil some care and precision, bringing an element of tactical discipline to his team’s play. He was a coach on the pitch as well as of it.

Throughout most of his time at Botafogo, there were rumours that Seedorf would be joining Milan as a coach, and that he had a clause in his contract which would allow him to do so. In the end he stayed a lot longer than many presumed he would, seeing out the 2013 season until the end.

Milan’s sacking of Massimiliano Allegri after a 4-3 defeat to Sassuolo, opened a door which Seedorf would always be both obliged and happy to walk through, and he leaves Botafogo in typically professional fashion.

Though he does leave on good terms, it would still have been nice to see Seedorf play in the Copa Libertadores in 2014. He still had plenty of playing time left in him, despite the workload of Brazilian football’s gruelling calendar. Seedorf’s new aim is “to dream again”….

Seedorf responds to journo over possibility of Botafogo vs Milan in Club World Cup: "I like it. You're a dreamer."