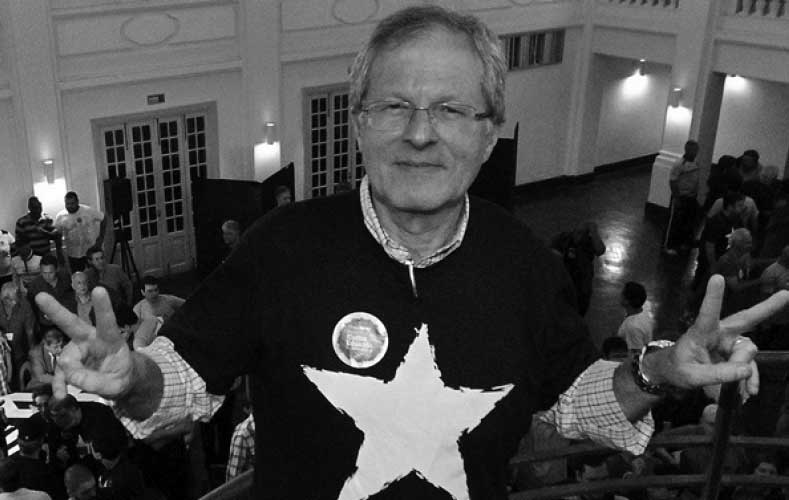 As a Botafogo supporter, a Saint Garrincha fan, I wished the Lone Star had stayed in the Brazilian top division, the Brasileirão. However, I am not amongst the downtrodden rank who see relegation as a symbol of doom. Relegation is a lesson to any club; it says that the must prove they are better.

Garrincha proved he was better than many, using his natural skill along with determination and joy. Botafogo have to do likewise, plain and simple. Strategically, I see many inescapable problems: no vibrant youth development, no money to buy quality talent, and a historically smaller fanbase. Regardless, Botafogo need to take whatever they have: financially and balance it out, athletically and focus on it, socially and brew it to grow.

The proof in quality for Botafogo is the Botafogo women’s team; they reached the semifinals of the recent Brasileirão Feminino, only losing on penalty kicks. It is illegal in Brazil to have any sport club owned by a single individual. Sequentially, no one can swoop in and save Botafogo, like Garrincha would do on the pitch. Botafogo will be promoted using effort from each supporter.

The newly elected regime, under Carlos Eduardo Pereira must manage Botafogo to the future, not the past. Many want to keep Jefferson but keeping him in Serie B with Botafogo is an insult to his career. Jefferson needs to leave and Botafogo need to learn to be better.

Botafogo can’t look to one player or coach or manager to save the team. I respect the new president’s auditing, and labor act, but Botafogo need also new philosophy in order to achieve success. It is time for Botafogo to use a new standard to player transfer policy.

No longer can the club do business between the state championship season and the Brazilian championship; they must acquire or sell in January exclusively. It is time to think of Botafogo first. Botafogo at its peak can win the Campeonato Carioca, Copa Libertadores, Brasileirão, Copa do Brasil, and Club World Cup, but need to have a consistent roster from February to December, plain and simple.

Is that radical thinking, yes, but it is needed.

Vasco aside, no Carioca major team has their own stadium. Botafogo has to become the second through use of the Engenhão. I comprehend the state uses the stadium, especially for the 2016 summer Olympics, but if they can get the financing Botafogo need to try to buy it from the state.

I hope Carlos Eduardo Pereira focuses on that plan. In modern soccer, not owning your own stadium is too large a fiscal loss. If Botafogo look to Arsenal, the San Francisco Giants, or many other examples, it is clear that it can be hard on the finances at first, but it will have great return if they can acquire the Engenhão.

If the state will never give up the Engenhão then Botafogo must look to build their own, and use Juventus FC as an example. Juventus stadium isn’t large in comparison to Wembley, Camp Nou, Velodrome, etc. but it serves Juventus perfectly to the fan base size or the enjoyment of live soccer. Botafogo need to do the same and name it after the legendary Garrincha. The club should be insulted that his name is given to the stadium in the capital, very far away from who Garrincha was.

Botafogo must not give up on the womens team but advance it. The most recent three men’s world cups proved domestic leagues fuel national teams. Juve/Milan lead Italy to win, Barca/Real led Spain to victory, Bayern led Germany to success. Brazil’s women’s Seleção need a club core. Botafogo need to be that team. Successfully making Botafogo the club core to the women’s Seleção is a way for Pereira to set an example for the men’s team, and look once again to make Botafogo great. Achieve that success first, then transfer the mentality and philosophy.

As a fan of Botafogo outside Brazil, the side can do a lot for itself by advancing its connection to supporters outside of Brazil who are not Brazilian. Again, as in stadiums, or transfer policy it is radical, but needed. The success of UEFA’s big teams is founded on fandom. I think back to that Manchester United commercial where assorted kids from every continent pledge themselves to be part of MUFC. Botafogo must see itself likewise. In the same way, those children don’t all speak English or live in England but wear the colors and love the club; Botafogo must also attempt to breed that culture.

Lastly, this is the challenge Pereira has in my view. It is one thing to clean up the finances in the club, which is goal number one. But, the club through his leadership needs to lead Brazilian clubs out of the selling club, Brazilian supporter exclusive, state owned stadium mode too many are in.

Luckily, Botafogo is in Serie B where it is best to be radical and make changes away from the spotlight, and Pereira, if he is truly serious, will do such a thing.

Carlos Eduardo Pereira is looking to global funding. I wonder where that will be?