On a night where the eyes of football fans around the world were on Arjen Robben, Jupp Heynckes, and Bayern Munich’s European Cup triumph over Borussia Dortmund, the 2013 Brazilian league kicked off with a few intriguing opening games.

In the first of two earlier kick offs, Vasco da Gama defeated Portuguesa one goal to nil, as experienced Ecuadorian campaigner Carlos Tenorio made a nuisance of himself in the Vasco area and was rewarded with a goal. Portuguesa will have to be more assured at the back if they’re going to stay in the division, as this was defnitely a goal which could have been prevented.

In the second game, Vitoria threw away a two goal lead in Salvador, as 20 year old Internacional midfielder Fred made a big impact – assisting the first goal for Diego Forlan, and then getting on the score-sheet himself.

Later in the evening, Botafogo managed a 1-1 draw away at Corinthians after taking the lead through Rafael Marques, as Seedorf whipped in a dangerous precision cross from the right. The striker managed to get in front of centre backs to steer the ball home, but no doubt Seedorf will get all the credit for his right footed cross.

Corinthains equalised in the second half after a period of pressure – Midfielder Paulinho getting on the end of a free kick to head the ball onto Marcelo Mattos, who could only look on as the ball looped over Jefferson.

As mentioned above, Internacional attacking midfielder Fred made an impressive start to the season, and will be worth keeping an eye on in future games. 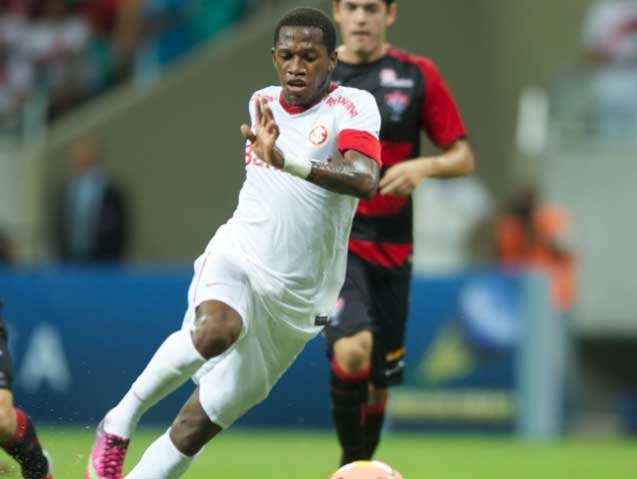 One Response to “The 2013 Brasileirao Kicks Off”