The nominees have been announced for the 2013 Samba Gold award which attempts to determine the best, or most popular, Brazilian footballer plying his trade in the European leagues. The award is run by the Brazilian football website Sambafoot, and is now in it’s 6th year.

Previous winners include Kaká at Milan in 2008, Luis Fabiano at Sevilla (2009), Maicon at Inter in 2010, and Thiago Silva, who has won the last two awards whilst at at Milan and PSG respectively. The Brazil captain is included yet again, but faces stiff competition from the likes of Oscar, Marcelo, Luis Gustavo, and Dante. 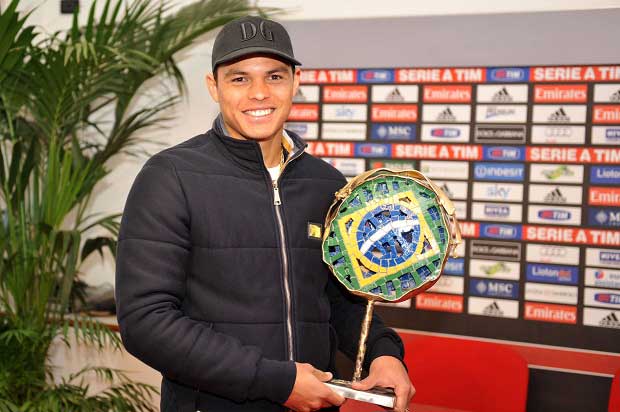 Thiago Silva picks up the 2011 award

You can vote for the award by visiting the Sambafoot website here.