The 2014 version of the Copa São Paulo de Futebol Júnior, also handily known as the Copinha, kicked off last night with a total of six matches. The highlight of the opening day of this prestigious youth competition, was the match between São Paulo and Japanese visitors Kashiwa Reysol.

The tournament has a history of inviting foreign teams to participate, with mixed success, and this year it’s the turn of the Japanese club whose senior side faced Santos in the 2011 Club World Cup.

Highlight’s of the first day included Flamengo’s stroll past Santo André of São Paulo state, as Renan Donizete, Lucas Gomes, Douglas Baggio, and Recife all netted in a 4-1 win for the Rio side.

Later in the evening São Paulo took on the visiting Kashiwa Reysol in an up and down game which finished 1-1. Both sides showed neat touches and combination play, and there were some great one-touch training ground type passages of play in the middle of the park (as well as some sloppy ones). Both teams struggled in front of goal, but São Paulo opened the scoring with an excellent free kick from Brazil u17 World Cup star Gabriel Boschilia.

Kashiwa went on to grab the equaliser in the second half through Oshima, after going close in the first half when Nakayama hit the post.

As was the case in the U17 World Cup, it will be Boschilia who grabs the headlines from the first day, and the performance of Kashiwa will be good for the competition as a whole. 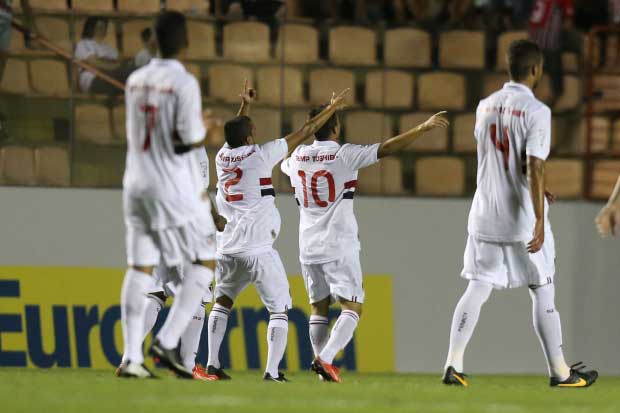