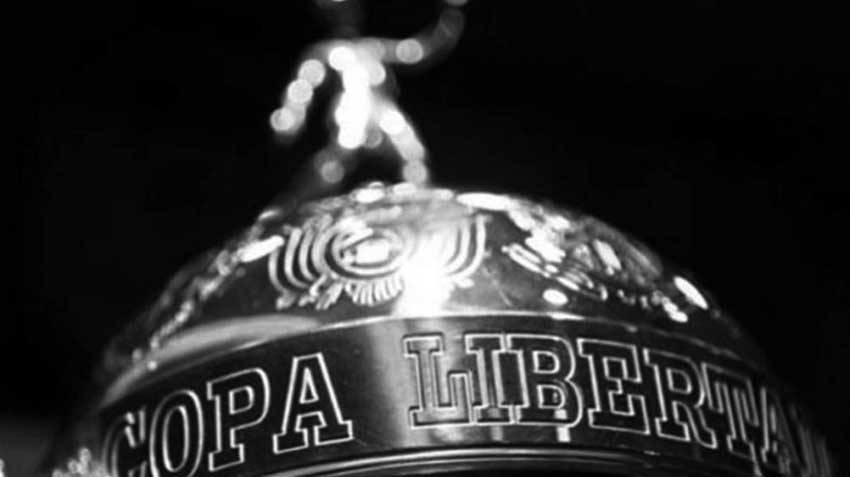 The Copa Libertadores gets underway this month, a tournament that mirrors all that is mystifying, hilarious, stupid and fun about South American football.

It is not so much the jewel in the crown of the continent’s elite, but more of a zoo in the jungle of southern hemisphere soccer.

It will never match the prestige or the quality of the Champions League, but in my opinion, it easily outstrips its continental cousin in the entertainment stakes.

The Libertadores is the random meme generator yin to the Champions League’s carefully scripted yang. A mucky disco in a backstreet saloon, compared a black tie affair at the Waldorf. There are reasons for the Libertadores’ unpolished appeal, most of them unintended and possibly even undesired.

The administrative incompetence of CONMEBOL and club ownership structures play a part in this twisted menagerie. The manner in which the best players are routinely plucked by European clubs, or even emerging citadels such as Qatar and China also drive its uncertain plot. The structure is not healthy, but hedonism scarcely is. I took a look at the major reasons that for the awkward charm of the Copa Libertadores.

For a European, it is difficult and often surprising to imagine the topographical make up of South America.

It’s an incredibly rich and biodiverse continent, a hotch potch of mountain ranges, deserts, rainforests and extreme conditions. The elements are part of the tapestry of the Libertadores’ appeal.

The playing field is, figuratively speaking, fairly flat in South American football (certainly in comparison to European football). Ironically, the metaphorical playing field is levelled further by the literal unevenness of the tournament’s geography.

Some games are played at severe altitude in particular territories, notably La Paz in Bolivia, situated 4,000m above sea level. Bolivian clubs are among the poorer relations in the tournament, but are able to capitalise on the extreme difficulty of playing conditions for visiting teams. Last year, a video of Internacional’s Anderson, once of Manchester United, wheezing into an oxygen mask just 30 minutes into a match against Bolivian side The Strongest, went viral.

Brazilian champions Corinthians have drawn Chilean side Cobresal in the group stages of this year’s competition.

Cobresal’s stadium is located in the middle of the Atacama Desert. It holds 21,000, almost three times the population of the remote village it is situated in. The ground is surrounded by a small mining camp and miles and miles of desert. Corinthians are a stronger side than Cobresal with larger resources, but the journey to the away match on 17th February is likely to be torturous.

With resources in South American a fraction of those in Europe, the Libertadores maintains a kind of “early rounds of the old European cup” feel to it.

Pitches can occasionally be bumpy and poorly tendered, some grounds are tight and atmospheres crackle with fans on top of the pitch. Champions League venues have become pristinely homogeneous, removing some of the fractiousness of travelling away from home in Europe. In South America, that precariousness still exists and serves to create chaos in an already unpredictable climate.

Unpredictability is the tournament’s USP, especially for those reared on 21st century European football.

The volatility of South American football as a whole plugs into this. Defending champions can fight and sometimes succumb to relegation in domestic leagues; dominant teams are regularly broken up by reluctant player sales, leaving Libertadores qualifiers at the prologue of a rebuilding process when the competition comes around. This year, Corinthians are the prime example.

In December, it’s hard to believe that there was a more supreme squad on the continent. They waltzed to the Brasileirão title with four games to spare. Since then, they have been asset stripped of star players. Ralf, Jádson, Gil and Renato Augusto have been clutched by the neon claws of the Chinese Superleague, whilst striker Vágner Love has joined Monaco. Now Timão are left to integrate a new, transplanted spine just as the tournament kicks off.

In the 2014 edition of the Libertadores, all four semi-finalists had never won the trophy before. One must be careful not to indulge too many unfavourable South American stereotypes, nor to venerate violence, but there is a dark underbelly to the Libertadores which is at the motherboard of some of its unpredictability. Games can become a gallery for the art of war. Underhand tactics, fighting, plentiful red cards, poor refereeing standards and volatile crowds create a canvas of instability.

Boca were installed as favourites for the tournament, until they faced hated rivals River Plate in the knock-out stage. Boca were expelled from the competition when their fans cut a hole in the tunnel at their infamous La Bombonera ground and fired mace into the faces of River Plate players.

The compressed timeline of the Libertadores serves its anarchic feel. It takes place over a period of just five months, meaning that momentum can count for a lot. A good, short burst of form can propel a team to glory.

The tournament is neatly framed by European transfer windows too, starting in February and finishing in late July. The competition serves as a bookmark for the domestic season, finishing half way through the majority of South American league campaigns and right in the middle of Europe’s bustling marketplace. 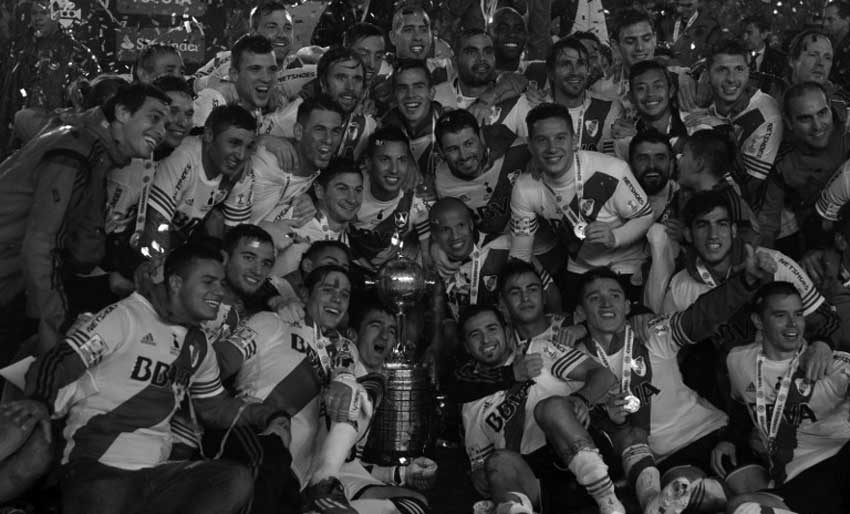 At the risk of sounding colonial, the competition serves a distinct scouting purpose too. To peer behind the curtain of the Libertadores is to glimpse the future.

In 2011, 19 year old Neymar Junior went from whisper to echo as he carried Santos to their first Libertadores title in 48 years. In 2007, 19 year old Alexis Sánchez scored 3 goals for Colo Colo in the group stages of the competition. In 2004, 16 year old Sergio Aguero became the youngest player ever to appear in the tournament.

For scouts, the Libertadores can be a treasure trove of unpolished gems. However, it’s important not to over romanticise here, not every player in the tournament is a constellation waiting to be discovered, and there are a lot of average footballers and pedestrian play (as is true of any competition). Much in the same way that you have to wade through many ill-advised vinyl purchases at a car boot sale before you find that rare 12 inch gatefold edition of ‘Meat Is Murder’. But your perseverance makes the discoveries very rewarding indeed.

It is not just the undiscovered gems that reward viewers. There is a sense of archaeology to the Libertadores too, as old relics return home to face their final curtain. 33 year old Juan Sebastien Veron won player of the tournament as he guided Independiente to Libertadores success in 2009. In 2013, 33 year old Ronaldinho dovetailed beautifully with 20 year old local boy Bernard to fire Atlético Mineiro to their maiden Libertadores title- an effortless marriage of old and new.

All of these ingredients sizzle to create an exotic dish for the European viewer.

It’s very far from perfect; ‘otherness’ and the odd fifteen man brawl are not enough to sustain interest from a distance.

It’s not a tournament of innocence in a game consumed by corporate avarice (its official title is the Bridgestone Copa Libertadores). However, the Copa does serve as a very welcome short for the European viewer whose pallet has become dulled by the commercial lager of European football.

If Carlsberg made continental tournaments, they would look nothing like the Copa Libertadores…