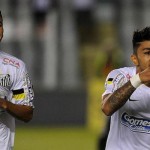 Santos come in this year’s Brasileirão on the back of six consecutive appearances in the final of the Campeonato Paulista. It’s a run that stretches back to Neymar’s debut season as a professional back in 2009. However, the club’s displays in the league in recent years lie at the other end of the spectrum. The last serious charge for the title was all the way back in 2007. Will this year be an different? The […]