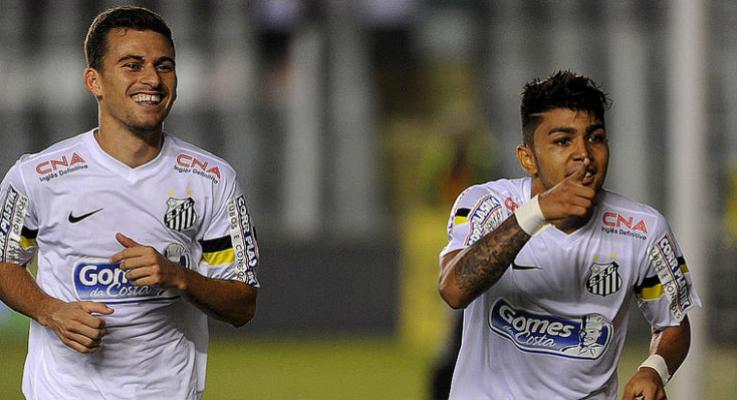 Santos come in this year’s Brasileirão on the back of six consecutive appearances in the final of the Campeonato Paulista. It’s a run that stretches back to Neymar’s debut season as a professional back in 2009. However, the club’s displays in the league in recent years lie at the other end of the spectrum. The last serious charge for the title was all the way back in 2007. Will this year be an different?

The most accurate – if a bit boring – answer is that it’s hard to say. It certainly is a squad capable of challenging for the ultimate prize. With a good mixture of old heads and promising young talent at his fingertips, at times Oswaldo de Oliveira had Santos playing some eye-catching football based on speed and intricate elaboration in midfield. However, this state is one that was never maintained for very long, even in the less competitive environment of the Paulistão.

Dreadful performances were almost just as common. It was clear that the frequency of the the latter increased with the integration of Brazilian football’s new most expensive signing, Leandro Damião, into the team. So far he hasn’t lived up the standard expected of a striker worth one tenth of his transfer fee, and the team’s on-field dynamic has suffered with his presence. Still, it’s unfair to throw all the rotten fruit and vegetables at the 24 year old.

Even at the team’s best, the absence of a true creative midfielder to set the tempo was glaring, and the options to fill this hole are unproven. Another problem for Santos fans to fret over early on is the defense, which hasn’t looked particularly solid. This was due in large part to the long term injuries suffered by both first choice centerbacks. Until their return during the break for the World Cup (the equivalent of nine matchdays), that reduces the pool for both positions to that of only slightly competent reserves and raw youngsters.

This means that the demand for weekly heroics from Aranha will be even higher than last year. The goalkeeper has proved himself to be one of the best in his position in the country after replacing Rafael (now of Napoli) as Santos’ no.1. Santistas need not fear, though. It is unlikely that Aranha’s halo will disappear anytime soon.

Further forward Arouca seems to be finally emerging from the slumber he entered after winning the Copa Libertadores in 2011. At his best he is capable of dominating any midfield with his energy and drive. Even if Arouca does reach his zenith again, most eyes will still be on his midfield colleague, Cicero. When Neymar departed last year, the versatile midfielder was the one who emerged as the team’s talisman with his goalscoring prowess. Whether it be a goal from a freekick, from long range, or from a towering header, you name it, Cicero can produce it.

Among the bevy of youngsters in the squad looking to stand tall besides these experienced campaigners, there are three who particularly stand out. Alison is one of the best defensive midfielders in Brazil, and his bulldog-esque approach has cowed many a forward.

Gabriel may just be 17 years old, but he is already the club’s joint top scorer for the year. The nascent signs of a wonderful player in the making are already evident, and the forward will surely play a huge part in Santos’ fortunes.

However, the pick of the bunch at this point is Geuvanio. The prodigal son returned from the wilderness (Portugal) a couple of months ago, and surprisingly became an indispensable cog of the team during the Campeonato Paulista. The fact that he has received the no.10 shirt in Santos’ new permanent numbering system speaks volumes.