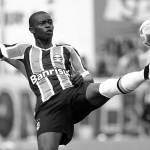 The football world’s shortest off-season comes to an end this weekend, when Brazilian clubs return to competitive action with the start of the local state leagues. Just 55 days after Corinthians were crowned Brasileirão champions, the landscape of Brazilian football is vastly different than it was on December 6th. Corinthians have seen their side raided, with players leaving to both China and Europe, while others have invested wisely, including an influx of talented Argentine players […]