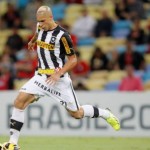 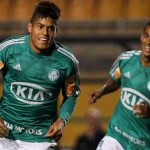 Palmeiras confirmed that they have completed the signing of exciting young Brazilian forward Leandro, who arrives from Grêmio for around £4.1m on a permanent deal. The 20-year-old spent last season on loan at Verdão, contributing greatly to their Série B championship winning campaign with a return of 13 goals in the league. He also scored 6 goals for his side in the preceding Paulista state championship. His form for Palmeiras last season earned him two Brazil […]