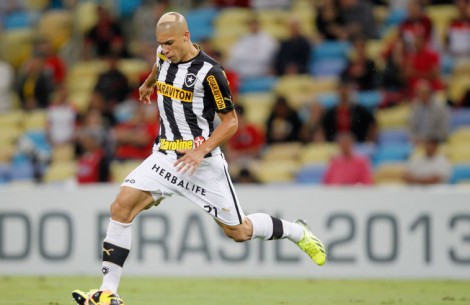 Coach Alexandre Gallo has announced his squad of U21 players for the 2014 Toulon Tournament. Brazil will defend the title they won in 2013 after stand-out performances from players such as Grêmio’s Yuri Mamute and Vinicius Araujo then of Cruzeiro but now on the books at Valencia.

The 2014 squad contains two stand-out centre backs in the shape of Botafogo’s Dória, and Marquinhos of PSG who many thought would have made Brazil’s World Cup squad.

Elsewhere the squad boasts two excellent full backs; Auro of São Paulo on the right, and Wendell from Grêmio on the left. The latter will join Bayer Leverkusen in the summer.

The squad also contains a whole host of talent further up the pitch, with Chelsea’s Lucas Piazon being given some international experience, and another of Grêmio’s talents Luan securing a place in the squad.

Up front Mosquito of Atletico Paranaense will be looking to add to his already glowing reputation, as will Leandro of Palmeiras.

The tournament kicks off on May 21st, and you can keep up to date with Brazil’s results and stand-out players on The Botafogo Star. Brazil’s group (B) contains South Korea, Colombia, England and Qatar, with group A consisting of Mexico, Portugal, France, China and Chile. Two teams from each group will go through to the semi-finals.

The full Brazil squad is as follows: