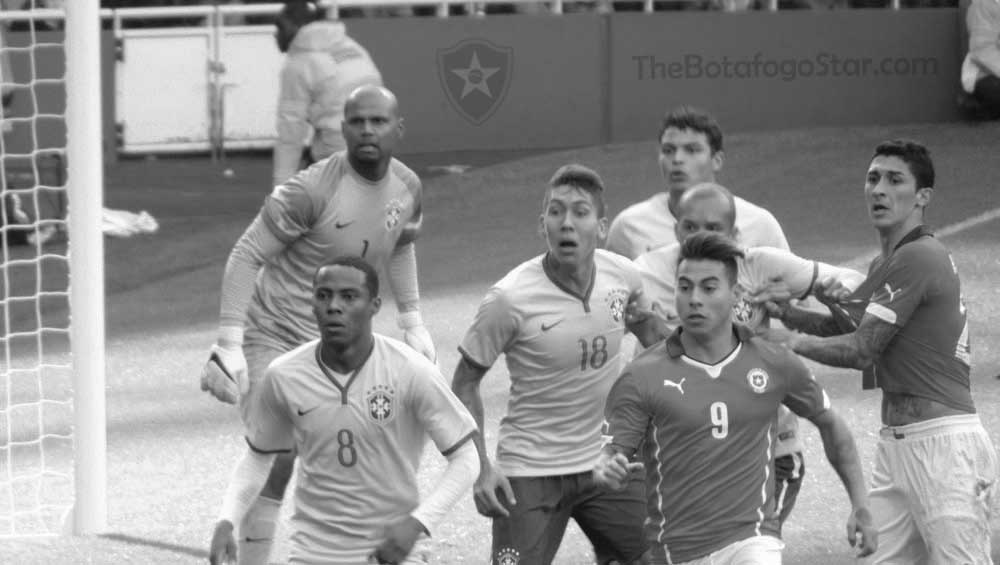 Roberto Firmino proved his worth once again, as partly experimental Brazil side defeated Chile to continue their excellent winning streak in non-competitive games.

The run now stands at seventeen straight wins in friendly matches, but the first half of this game at the Emirates Stadium in London must have had Brazil coach Dunga thinking that this was the end of the streak.

Jorge Sampaoli sent out a typically dynamic side, and Chile dominated the early exchanges. They pressed well and used the ball slightly better than Brazil in what was a scrappy first period.

The stand-out player in the first half was Chile’s Alexis Sanchez, who revelled playing in front of a “home” crowd at the stadium where he plays his club football for Arsenal.

Brazil’s star player, Neymar, was targeted by Chile from the outset, and led to a game which was far from friendly in many respects. Gary Medel should have seen red for a stamp on Brazil’s number ten during the first half, but English referee Martin Atkinson didn’t spot the offence despite Neymar’s exaggerated writhing.

Several players hoping to make an impression for Brazil at national team level would have liked the chance to do so against more placid opponents, with the likes of Philippe Coutinho, Luis Fabiano, and Douglas Costa struggling to get on the ball during their time on the pitch.

It was left to the second half substitutes to help win the game for Brazil, as Robinho, Willian, Elias, and Roberto Firmino all looking like upgrades on the players they replaced.

The goal came from an unexpected source, as it was right-back Danilo’s excellent long ball through to Firmino which allowed the attacker to round the keeper and slot home. Danilo stood out as one of Brazil’s best players, even discounting the assist, and the full-back who’s as solid in defence as he is typically Brazilian going forward looks like he could go on to be a real star of the world game.

It was another friendly success for Brazil, and one which owed as much to defence and mental strength at the back to nullify Sanchez, as it did to the individual talents they have further up the pitch.