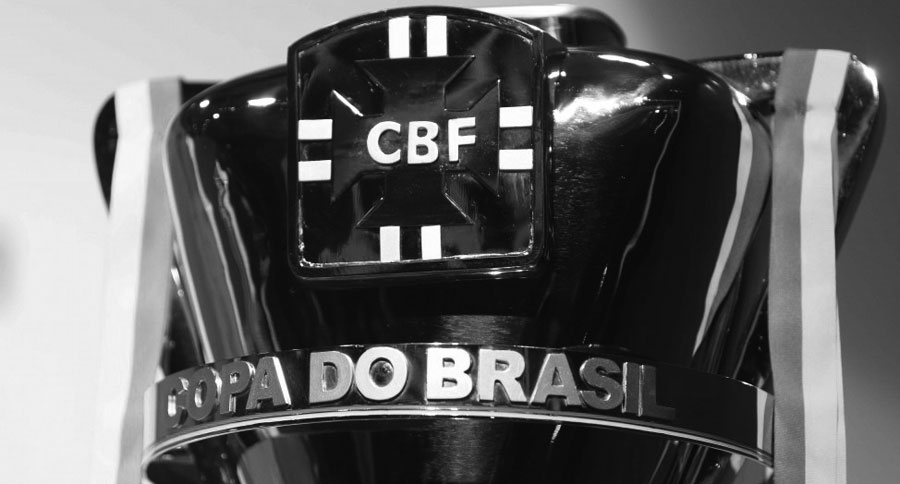 Corinthians may have wrapped up the 2015 Brasileirão title with three matches to spare, but that doesn’t mean the conclusion to the Brazilian football season will lack excitement.

The relegation scrap is poised to be thoroughly entertaining, with 5 teams fighting for just 2 spots to avoid the dreaded drop to Série B. However, if not so great footballing sides fighting to avoid relegation mainly by parking the bus and hoping to poach a goal isn’t your fancy, you’re in luck, as the final of the Copa Do Brasil takes place over the next two Wednesdays, and promises to be an exciting one.

For the second time this year, Palmeiras and Santos, two of the state of São Paulo’s classic sides, will meet over two legs to decide a championship.

The first time was in April, when Santos defeated Verdão on penalties in the final of the São Paulo state league. This time, the stakes are higher, with the winner of the Copa Do Brasil guaranteed access into the group stages of South America’s biggest competition, the Copa Libertadores.

Importantly for Palmeiras, the second leg will take place at the Allianz Parque, the site where the hosts rallied past Internacional in the quarterfinals and ousted Fluminense on penalties in the semifinals.

The Vila Belmiro has been a fortress for Santos this campaign, as Peixe are unbeaten in 16 straight matches, and had won the previous 15 before a 0-0 draw against Flamengo last Thursday. Having the return leg at home will allow Palmeiras to simply look to limit their losses at the Vila, trying perhaps to steal a goal rather than win the match, and then go for broke at home.

It is important to note that while Santos’ offense has been dominant at the Vila, Santos have allowed a goal in 6 of their last 7 home contests, giving Verdão hope to at least get a goal.

This will be the 6th and 7th meeting overall for these sides this year, and so far, it’s been the home team on top. Santos have defeated Palmeiras 2-1 in all three matches at the Vila this year: once in the group stage of the Paulistão, once in the second leg of the Paulistão final, and then on the first of November in a Série A match.

Palmeiras, on the other hand, won both home matches by identical 1-0 scorelines. If those trends hold in the final, 2-1 at the Vila, 1-0 at the Allianz, we’d be heading for penalties, as for the first time ever, the final of the Copa Do Brasil will not feature the away goals rule.

Palmeiras’ recent form has been lacking, with just one win in their last 7 matches overall, but this side has done their best work of the campaign in the Copa Do Brasil. A 3-2 Round of 16 thrashing of Cruzeiro in Belo Horizonte was the coming out party for young Gabriel Jesus.

In the quarterfinals, Verdão blew a 2 goal aggregate lead against Internacional in the second half of the second leg, but Andrei Girotto’s header in the 75th minute was enough to see them through.

A sluggish first leg performance against Fluminense and a late goal from Fred in the second leg led to penalties in the semifinals, but all four of Palmeiras’ penalties found the net, advancing Verdão to the final.

Manager Marcelo Oliveira knows this is his last chance to get the side into next season’s Libertadores, a goal which many had for the team at the start of the year, and has managed that way, resting players in the weekend Série A match between the two semifinal legs, and again Saturday against Cruzeiro. For many, success or failure of the campaign for Palmeiras will depend on the result in the Copa Do Brasil final.

Tactically, Santos will unleash playmaking midfielder Lucas Lima in the middle of the pitch – an area that has been Palmeiras’ weakness so far this season. Verdão’s defense will need to step up, or they could be watching Santos put up a big number in the first leg.

Santos’ Ricardo Oliveria has been Brasil’s best goalscorer this year. He has 36 goals in all competitions, but is reliant on others, especially Lucas Lima, to make the plays.

Palmeiras were able to limit Lucas Lima in the midfield when the two teams met in July, but that was with a healthy Gabriel in the defensive midfield. With Gabriel out, youngster Matheus Sales started alongside Amaral in the second leg against Fluminense, playing well enough, but certainly not spectacularly.

Another option could be moving the 41-year old Zé Roberto from left back to the defensive midfield, making Egídio, who had the assist on Palmeiras’ goal Saturday against Cruzeiro, the starter at left back. Regardless of the personnel, shutting down Lucas Lima will be the key for the defense.

Palmeiras possess a number of strong offensive players, but finding the hot hand has been a bit of an issue this season. Lucas Barrios seems to be in form lately, and will assuredly start up top, with an attacking midfield trio of Dudu, Gabriel Jesus, and Robinho most likely behind him. Dudu will need to use his speed to attack Santos’ at times out of position back line to create plays for the other attackers.

If Palmeiras can’t fully limit the Santos attack, it will be up to these four to match Santos goal for goal if Verdão want any chance of taking the cup.

Perhaps the most exciting aspect of this tie is the fact that it will feature Brazil’s best two young attacking players, 19-year old Gabriel Barbosa, also known as Gabigol, for Santos, and 18-year old Gabriel Jesus for Palmeiras.

Despite being so young, both players are expected to contribute to Brasil’s u-23 side competing for Olympic gold next Summer in Rio. With over 100 first team matches already under his belt, Gabigol is the better player currently, but Gabriel Jesus has just a touch more potential. Potential that was on display in late August, when he scored 4 goals in 4 days against Cruzeiro and Joinville.

While Brasil’s attacking play may be struggling currently, with these two, as well as Grêmio’s Luan, expected to be integrated in the national team fold following the 2016 Olympics, the attacking play will suffer no longer. The two players ooze class, and on the big stage one of them could end up not only being the difference, but also solidifying himself as a household name.

It will no doubt be an exciting tie, mainly because of the goalscoring capabilities of both of these teams. At the end of the day, Santos are the favorites based on recent form, but if Palmeiras are able to limit Peixe in the first leg, it will all be left to play for in the second leg, a situation Palmeiras has thrived in so far this tournament.

Penalties are certainly a possibility, an agony neither side’s supporters want to be a part of. The key will be Lucas Lima. If Santos’ playmaker has space and time, he should be able to set up Ricardo Oliveira and Gabigol in scoring positions. If Palmeiras’ backline can do enough to limit the Santos attack, Verdão should be able to hoist the cup.