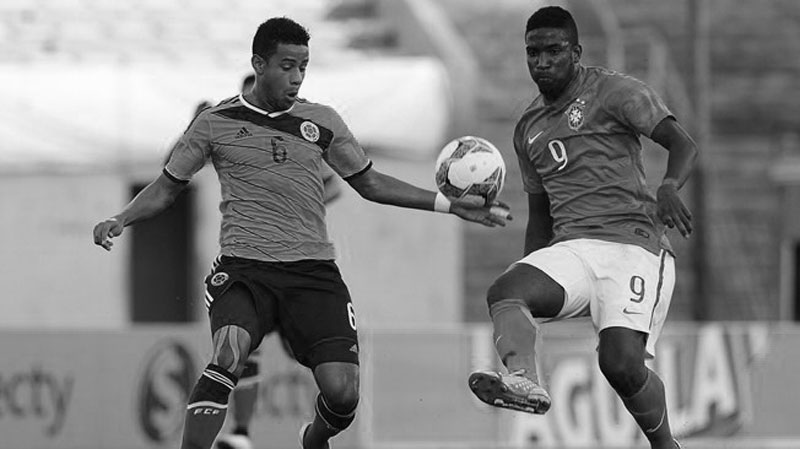 Colombia and Uruguay had impressive performances in the competition, outclassing a disappointing Brazil that looked tactically lost and without ideas. Argentina won the tournament largely due to the chemistry of Ángel Correa and Diego Simeone’s son Giovanni.

Colombia will have a chance to also qualify if they beat a team from CONCACAF in a playoff in March 2016.

As has happened in previous editions, a number of players shone and are likely to attract interest from top European clubs. One of them, Ángel Correa, in fact already plays for Atlético de Madrid.

Some of the best players in the competition were:

Ángel Correa (19 years old, Atlético Madrid, Argentinian): The former San Lorenzo star was the best player in the competition, showing he recovered well from a heart problem that kept him out of the pitches for several months. He has a wide range of skills, as well as superb technique.

Mauro Arambarri (Defensor, 19 years old, Uruguayan): A defensive midfielder with good positioning and who also contributes to supporting the attack. Arambarri has been linked to Málaga.

Gastón Pereiro (19 years old, Nacional, Uruguayan): A complete left-footed attacking midfielder who also finished as the was the second-leading scorer. He is already a key player for his club, despite his young age.

Andrés Tello (18 years old, Juventus, Colombian): A central midfielder that can both defend and attack, he has a good sense of positioning and marking, and also has the technique to support the attack.

Giovanni Simeone (19 years old, River, Argentinian): Diego Simeone’s son Giovanni was the top scorer of the competition with nine goals, his finishing is impressive and he also has good movement.

None of Brazil’s players made into the top 5. as the Seleção had a poor performance, largely due to manager Gallo’s poor excessive focus on counter-attacking and sitting back, and his selection of players. Despite that, two players had a decent performance in the tournament:

Gérson (17 years old, Fluminense): Despite being one of the youngest players in the competition, the left-footed midfielder and winger was Brazil’s best player in the group stage, thanks to his vision and key passes. His form however declined in the final stage, as happened with many of his teammates.

Marcos Guilherme (19 years old, Atlético Paranaense): The attacking midfielder was more consistent than Gérson, and also was Brazil’s top scorer in the competition, thanks to his good speed and finishing. With experience at senior level as well, he looks set to shine even more this year.

South America’s tradition in the competition, and performances in recent tournaments suggest that the teams from the region have a good chance to fight for the title once again.