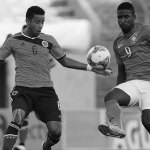 The South American Youth Championship concluded in Uruguay last weekend, Argentina won the title after beating Uruguay, while Colombia finished in third place after beating Brazil. Colombia and Uruguay had impressive performances in the competition, outclassing a disappointing Brazil that looked tactically lost and without ideas. Argentina won the tournament largely due to the chemistry of Ángel Correa and Diego Simeone’s son Giovanni. The top four teams – Argentina, Colombia, Uruguay and Brazil – qualified […] 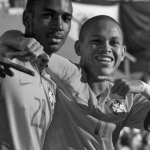 Brazil’s first competitive games after the World Cup shambles came in the South American Under-20 Championships, which have just come to a conclusion in Uruguay. With a young, articulate coach in Alexandre Gallo, who had time to prepare for the competition, this was an excellent opportunity to put last year’s disappointments in the past and show that Brazilian football has licked its wounds, learned its lessons and moved on. That opportunity was emphatically not taken. […] 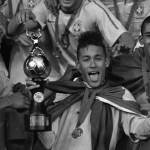 The 2015 South American Under 20 Championships will be held in Uruguay between the 15th of January and Febuary 7th, with the next generation of Brazilian stars hoping to show their class on this continental stage. Brazil last won the tournament in 2011, when young striker Neymar, then at Santos, made his name and finished as the competition’s top scorer with nine goals. This squad also included the likes of Lucas Moura, Oscar, Danilo, and […]