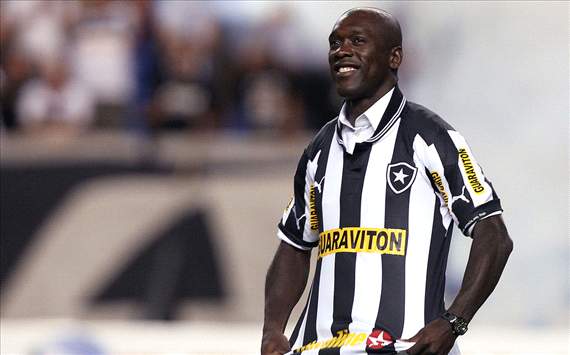 Clarence Seedorf has been a success at Botafogo

The 2012 season saw Botafogo reach an international audience with the marquee signing of the Suriname born, Dutch football legend, Clarence Seedorf. His signing lived up to it’s billing both on and off the pitch as Botafogo found themselves getting rare mentions in the world footballing press, and Seedorf put in some impressive performances on the field, typifying the dedicated professionalism the midfielder has shown throughout his career.

Regional success was to come prior to the signing of Seedorf, when they triumphed in the Taca Rio with a 3-1 win over Vasco da Gama in April. They were unable to take this a step further however, when they were beaten 5-1 on aggregate by Fluminense in the Carioca state finals in May. Sebastian Abreu was the team’s star performer in the state championships, netting 11 goals in 15 games for the Fogão, but he was shipped out to Figueirense on loan for much of the Serie A season.

Despite Seedorf’s adaptation to the Brazilian league on his arrival, Botafogo were unable to capitalise on this and failed to challenge neither in the cups nor the league. Their finishing position of 7th means they will miss out on a much coveted Copa Libertadores place for next season, but they will take one of the Brazillian league’s many Copa Sudamericana places for next year.

Botafogo’s performance in the various competitions for 2012 was as follows:

Regional:
Taça Rio – Winners
Carioca 1 – Runners Up (defeated by Fluminense in the final)

Continental:
Copa Sudamericana – Second Stage (Knocked out by Palmeiras on away goals) 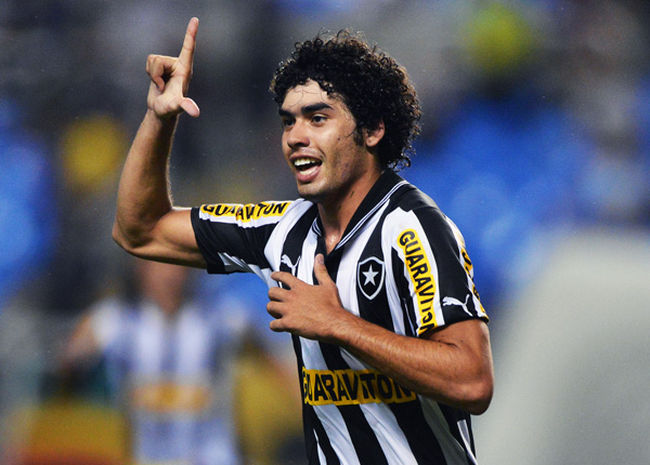 Bruno Mendes could be a future star for Botafogo

As well as the aforementioned Seedorf, there were a couple of players who caught the eye for Botafogo this season, and a few of these attracted interest from European sides. 23 year old Brazilian midfielder Elkeson was the pick of the bunch, leading the team’s scoring charts in the league with 11 goals. The addition of Seedorf to the ranks seems to have really helped Elkeson unleash the attacking side of his game.

Experienced midfielder Andrezinho lead the assist charts with  6 assists in the league, as well as contributing 8 actual goals of his own. Seedorf came in just behind the Brazilian with 4 assists and 8 goals. There were also impressive displays from right back Lucas throughout the campaign, and the full back managed 4 assists and two goals from the position.

Goalkeeper Jefferson has attracted interest from several European sides due to his consistent performances over the last couple of seasons. The ‘keeper has been on the fringes of the Brazil squad for a while, but is yet to make the step up to an appearance in the Seleção. He recently appeared for Brazil in the first leg of the 2012 Superclásico de las Américas, and at 29 Jefferson will hope to be in his goalkeeping prime by the time the 2014 World Cup on home soil comes around.

Two young players to look out for in the current Botafogo squad are 18 year old striker Bruno Mendes who bagged 6 goals in 6 starts after joining the club from Guarani, and 18 year old defender Dória who has recently attracted interested from Italian giants Juventus. These two hope to be the latest in a line of Brazilian wonderkids who go on to Selecao success, and maybe even across to Europe.

One Response to “2012 Botafogo Season Review”