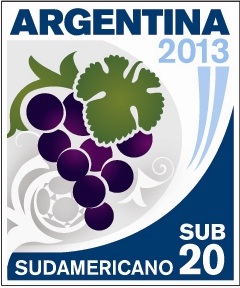 Defender Doria, midfielder Jadson, and striker Bruno Mendes, will take part in the tournament which is being held in the Argentinian cities of San Juan and Mendoza, amongst the foothills, valleys, and plains of the Andes in Western Argentina.

It’s likely that most of the squad will get a run out at some point, as the games come thick and fast, with teams often having just a days break between matches. The teams making the final stages of the tournament will have had to play 9 games in just over 20 days!

As mentioned in our season round-up, Doria has been linked with a couple of European sides as a result of his impressive form in this seasons Brazilian Serie A. The defender is likely to play a big part in the competition, as is striker Bruno Mendes, whose form has been so good that his former club Guarani want him back! More on that story at a later date.

Midfielder Jadson makes up the trio, and will hope to take his chances in this competition to further enhance his reputation and look to secure a starting place in the Botafogo side for next season.

The full Brazil squad for the 2013 South American Youth Championship is as follows:

4 Responses to “Young Botafogo Stars in Brazil Under 20 Squad”