Real Madrid Castilla have announced the signing of Botafogo forward Henrique Almeida. He’ll join the Real Madrid reserve side on loan until the end of the season, at which time they’ll have the option to buy the player. 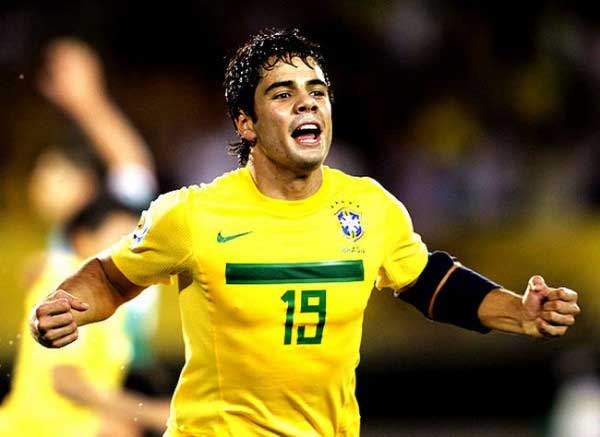 The forward has struggled to make an impression at Botafogo as other strikers seem to be preferred by coach Oswaldo de Oliveira, so first team action has been hard to come by. The move to Madrid is a great opportunity for the player, and makes sense for Botafogo to let someone else pay the wages of a promising player they don’t seem to want to use.

Henrique was a star of Brazil’s 2011 U20 World Cup winning side, where he finished as top scorer in the competition. This Brazil side also featured the likes of Oscar (now at Chelsea), Philippe Coutinho (Liverpool), Fernando (Shakhtar), and current Real Madrid midfielder Casmiero. As well as running out top scorer, Henrique also received an award for being the best player in the competition.

Botafogo have a wealth of young talent waiting to break through into the first team, and the exits of Henrique and Vitinho should lead to more chances for Alex, Sassa, Cidinho, Elias, and Bruno Mendes.

Real Madrid meanwhile, will be hoping that Henrique can recover the form which saw him score so many goals for the Brazilian youth sides, and possibly show signs that he can join Casemero in the senior side. Either way, it will be a great chance for the player to get some game under his belt, and get a taste of what it’s like to play in a different country, which is always useful for a young player.