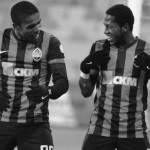 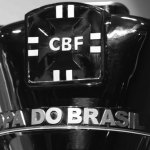 Corinthians may have wrapped up the 2015 Brasileirão title with three matches to spare, but that doesn’t mean the conclusion to the Brazilian football season will lack excitement. The relegation scrap is poised to be thoroughly entertaining, with 5 teams fighting for just 2 spots to avoid the dreaded drop to Série B. However, if not so great footballing sides fighting to avoid relegation mainly by parking the bus and hoping to poach a goal […] 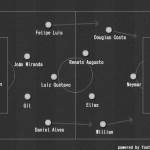 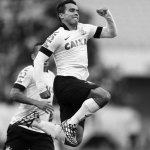 The Brasileirão season is winding to a close and, for the third season in a row, the title will be won at a canter, this time by Tite’s Corinthians, who are a single point away from confirming themselves as campeões. With only four rounds of the 2015 season remaining, thoughts are turning towards the individual trinkets that will be handed out. In a season where they have won the league easily, with the best away […] 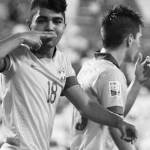 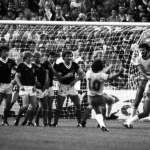 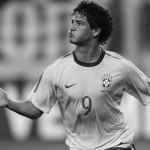 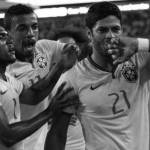 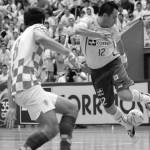 There’s a video on YouTube which shows Liverpool and Brazil midfielder Philipe Coutinho getting hold of the ball, slaloming past three defenders and then slamming it past the goalkeeper.  It is a wonderful expression of skill and technical mastery; the fluidity of execution breathtaking. In this video, shown below, Coutinho isn’t in a Liverpool shirt.  Nor is he playing for any of his previous European clubs; Inter and Espanyol. Indeed, he isn’t even on […] 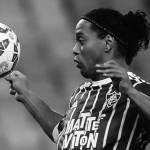 After a feckless spell in Mexico with Querétaro, Ronaldinho Gaúcho returns to Brazil with Fluminense this month. Having turned 35 in March, he is winding down the final years of his career. He has never been the most fastidious player when it comes to his physical preparation, in fact, at times he has treated training as an optional part of a footballer’s existence. His peerless quality has masked his devil may care attitude in the […]